Clean water access at Ndarwetta Community Spring Project has created ripples of benefit throughout the surrounding tea-growing community. The project provides the community members with clean and safe drinking water which was a challenge before according to the Factory Unit Manager Kapkoros Tea Factory.

“Most of the time the community collected water from the big rivers which routinely have contaminated runoff from the roads at the onset of the rainy seasons. Purifying water through other means such as boiling takes time and this leads to farmers using water that is not clean exacerbating the already high incidences of water-borne diseases.”

The project not only saw the set-up of water collection points but included building bathrooms for the community to promote hygiene and pollution issues. This was done to reduce the incidence of downward stream water contamination caused by community members bathing and cleaning along the stream as is the norm.

Tea farmers with cattle in the area have also benefitted from the project, which included installing cattle water troughs. This helps protect the nearby river from pollution, cattle owners before would take their animals to the river to drink water which led to contamination of the water and also posed safety concerns. 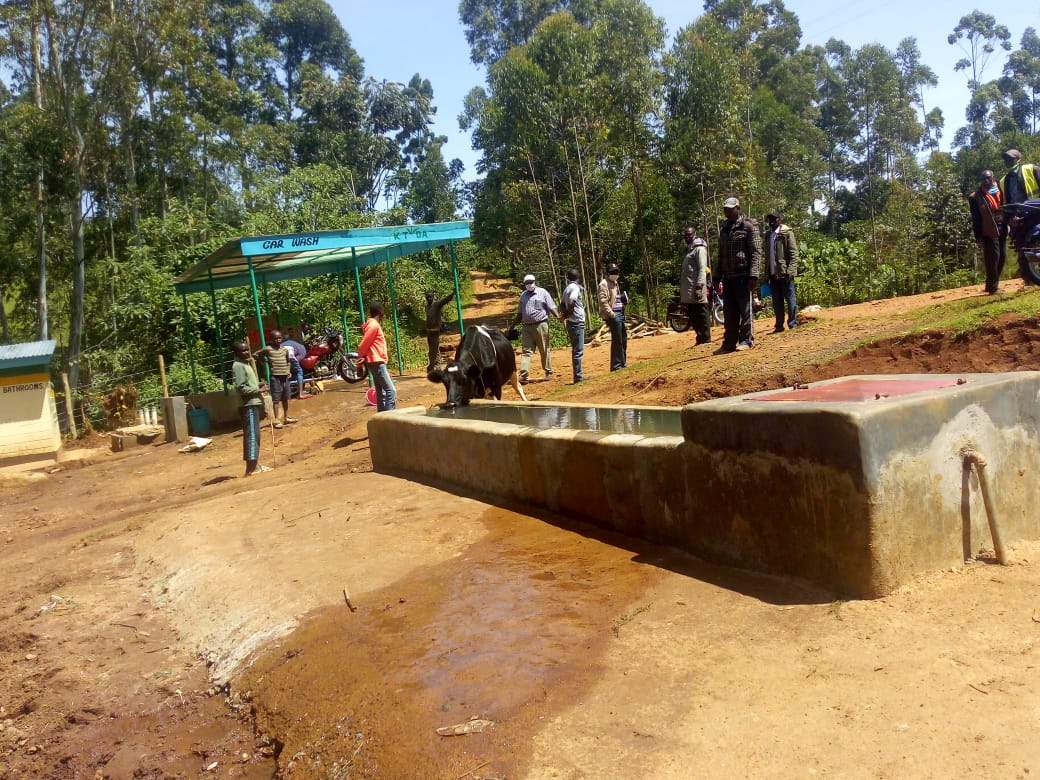 The youth in the area have also reaped benefits from the project; which also included setting up a carwash/Motorbike shed. The unemployed youth have formed groups that wash motorbikes and cars for willing community members at a fee. They also fetch water for the nearby shopping centres as an extra source of income. 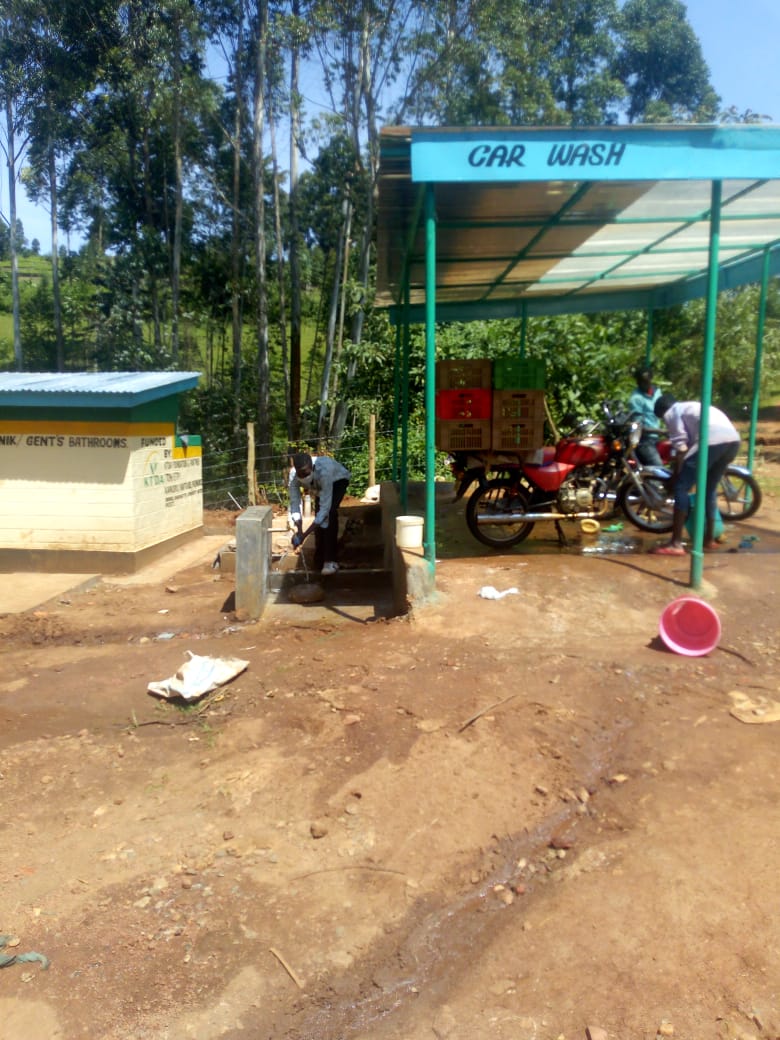 Spring protections such as this one have long-lasting effects on health, education, and even business. The project is estimated to impact the lives of over 500 households which translates to over 2500 community members within the Kapkoros Tea Factory Catchment.